Blog - Latest News
You are here: Home / Public / The Gold Bull Market – Is it time yet?

I was able to successfully guide Chart Freak members through the recent 100% rally in gold miners when we bought the lows back in the middle of January.  Those gains were exceptional, to say the least.  In some cases, junior miners rose up by 500% off the lows, and are now consolidating those gains in preparation for the next leg higher.

My recent weekend report (premium version) took a deeper look at Gold’s recent correction and how the current action in the US Dollar may impact the precious metals market.   However, it is again time to start paying closer attention to the Precious Metals markets, because after-all this is a Gold Bull Market.  Let me take you through some of the premium content I shared recently and review what I believe is occurring.

Gold has finally started that correction, as seen on this weekly chart. 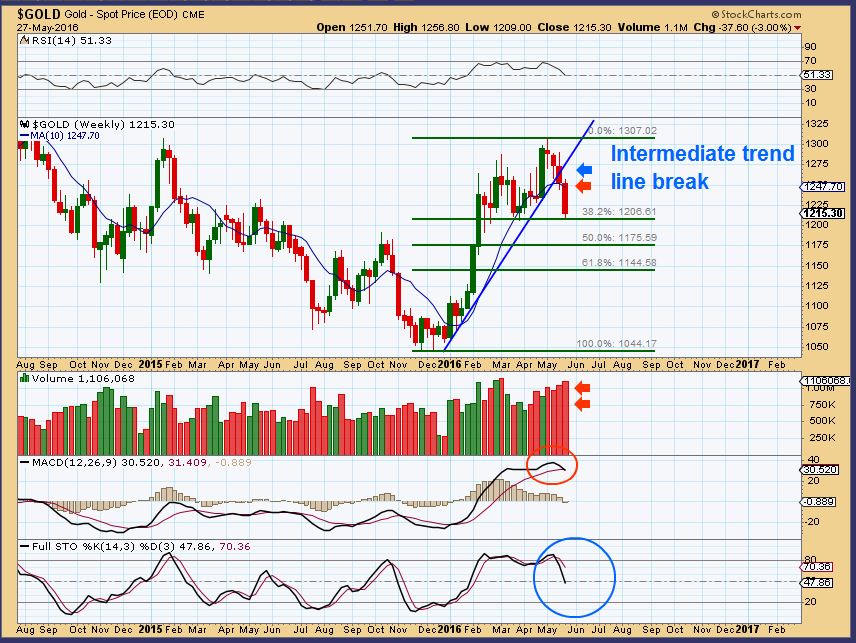 Notice that Gold has rallied from the lows, to a peak, and back to the next low in roughly 4- 5 months lately.  That was at the end of the Bear market.  It has now entered almost 6 months.  Is a Meaningful low due soon?   Yes. 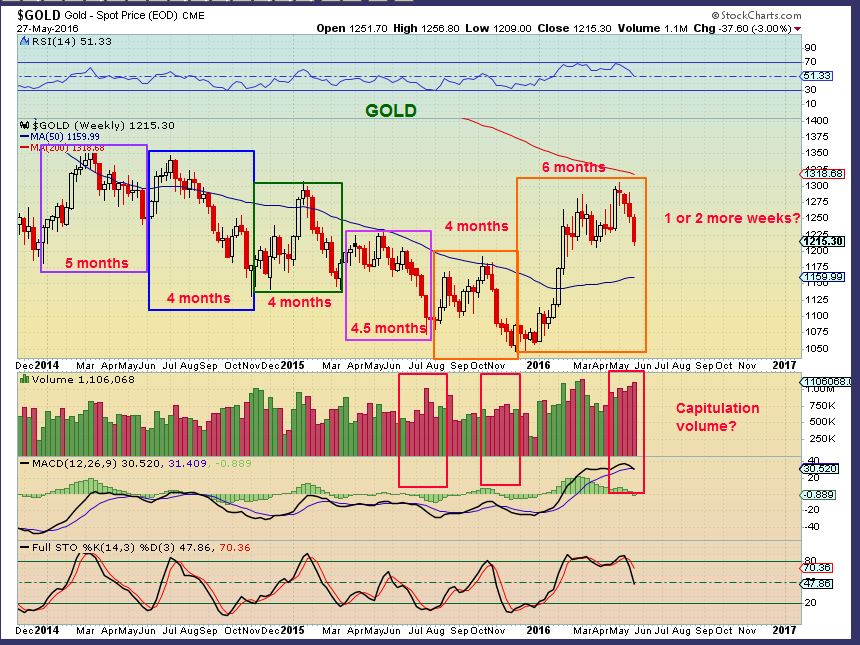 Gold’s selling has definitely picked up, as expected, as seen with eight straight days lower.  Since it is sitting on the Bollinger Band and oversold,  does that mean it is done selling and time to rally right now?  No, I think there is more to it than that. 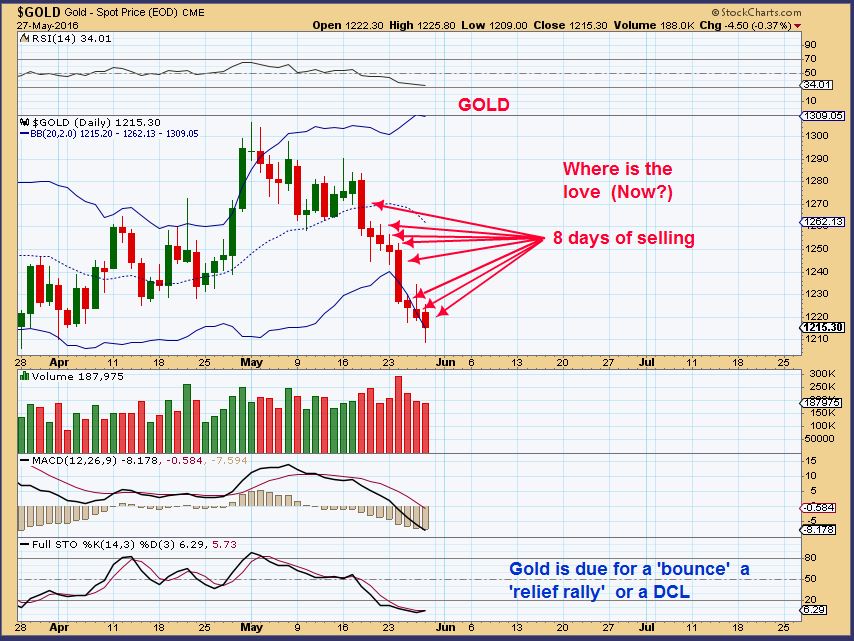 The $USD has signaled that it wants to Rally higher for a bit too. 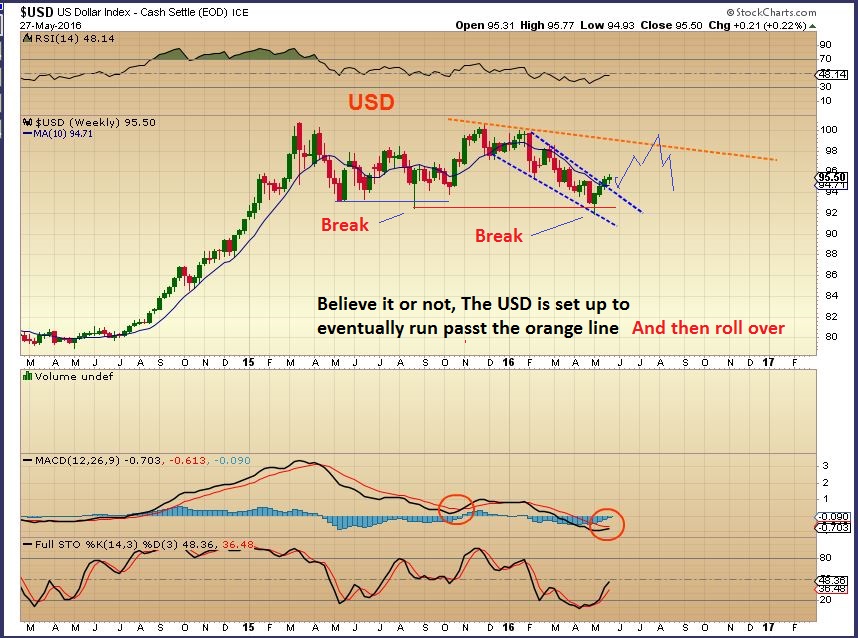 That presents an interesting conundrum.  Gold should be ready to rally timing wise, since it will normally rally out of meaningful lows every 4-5 months. Now we see Gold dropping and we know it has already been 6 months sine the Dec lows, making it due for the next meaningful low.   Can it rally with the $USD set to go higher? 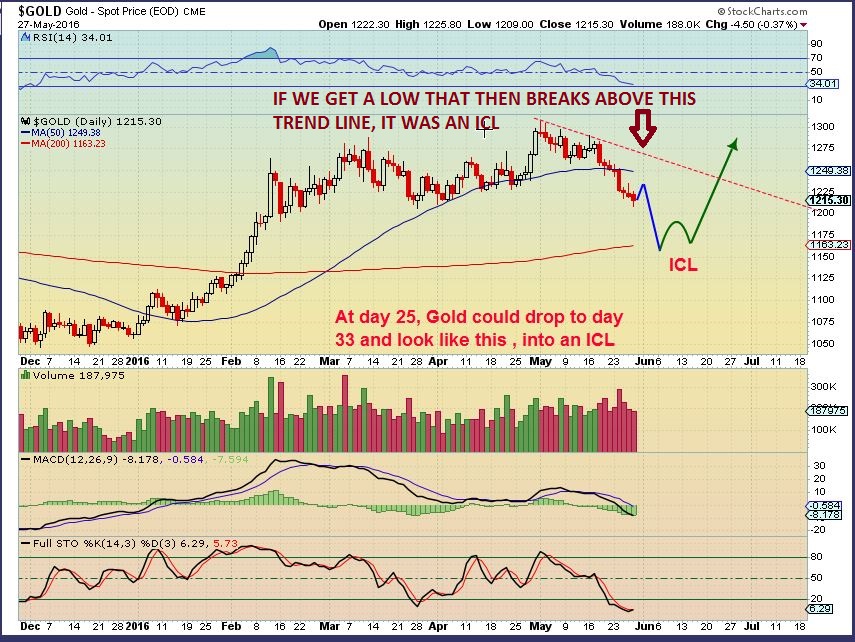 In my past weekend report, I cover my thoughts and analysis in this area.  We are preparing to again take advantage of a big upcoming rally, just as we did between Jan and April in the first phase of this new Gold Bull Market.  However, getting in too early could really hurt too, as the gold market can consolidate sharply near the lows.

For this reason, I will be focusing closely on this sector in all my future daily reports too. The first rally within this sector saw many precious metals miners double and triple, while now in the process of consolidating. I look forward to what I believe will be the next strong run in Precious Metals and anticipate being able to again identify great Chart setup’s in real-time.

Chart Freak members receive up to 5 premium reports per week covering a wide array of markets, as this public post illustrates.  Come and join the ChartFreak community as we trade the new Gold Bull Market and various trending sectors. 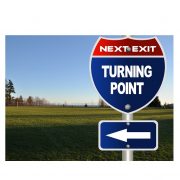 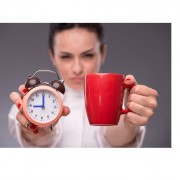 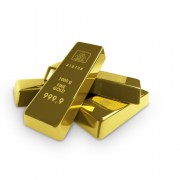 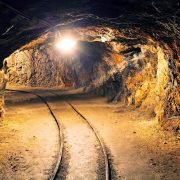 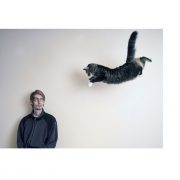 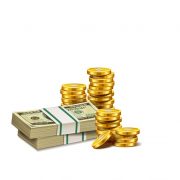 GOLD AND THE USD 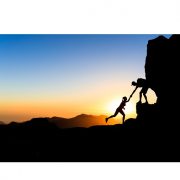 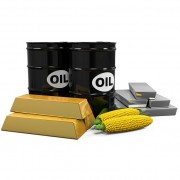 My name is Robert Alexander, but I’m probably better known as ‘Alex’ in trading forums. I’ve been a full time trader for around a decade and began trading in the late 1990s while working in management and sales at a well-known aerospace ...